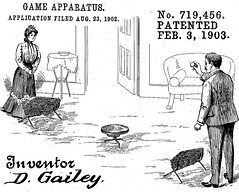 During the second half of the nineteenth century, leisure activity grew along with the middle class. The Industrial Revolution increased both the wages of middle class workers and the amount of free time they could spend away from work, conditions ideal for changing notions of leisure. In the first half of the nineteenth century, leisure was primarily a home-based activity.[1] Entertainment that took place outside the home was generally a cultural experience, like attending the theater or opera, and often required or implied the need for an education, money, and time to fully appreciate it. Consequently, in-home activities like parlor games and tableaux vivantes were quite popular across all classes, but most especially for those who could not afford to attend out-of-home entertainments regularly or at all. 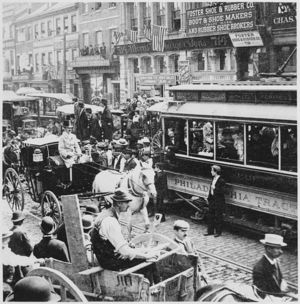 However, in 1893, accessible transportation and an appeal that spread across class lines drew thousands to the Columbian Exposition in Chicago. World’s Fairs, like the Chicago Fair, offered visitors a chance to escape from daily life and experience new technology and entertainment like the Ferris Wheel.[2] Unfortunately, the World’s Fairs were still somewhat limited in their influence. Traveling to an Exposition required time and money that many people still could not afford to spend on what was, compared to more practical needs, a frivolity. But as World’s Fairs became increasingly popular in the United States, some of their features, like the Midway, began to expand out of the World’s Fairs proper and grow independently around the country. Figure 3: The Wonder Wheel at Coney Island is still a staple of the boardwalk.

Perhaps the most famous amusement park of the late nineteenth century was Coney Island in Brooklyn, New York. Initially founded as an elite resort town in the early 1800s, by 1910, Coney Island had become a working-and-middle class retreat in keeping with the new ideal of out-of-home entertainment. While earlier excursions were often either the purview of the wealthy, travelling to expensive resorts, or the chance for people to engage in seedy activities like drinking and gambling, Coney Island helped to create the notion of a family and wallet friendly day-trip. Families from New York could take a Saturday and escape the dirt and heat of the city without spending a fortune and return in time for work on Monday.[3] The rides and other shows were varied and generally family friendly, meaning that entire families could visit and find appropriate entertainment. Rides like the Ferris Wheel became anchors for major amusement parks on the strand, and acted as a stable presence in the middle of parks that developed new shows and rides fairly constantly, guaranteeing something people could enjoy in case the new amusements didn’t suit their tastes. [4]

Smaller versions of the original wheel can be found in amusement parks all over the United States.  Offsprings of the Ferris wheel are the roller coaster and other circular motion amusement rides.  Examples of modern-day Ferris Wheels are known as “observation wheels” and include the London Eye and Singapore Flyer.[5][6] The Singapore Flyer is currently the tallest observation wheel reaching 541 feet at its highest rotation point. 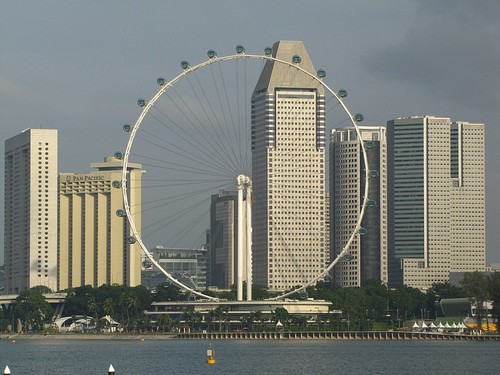